DADCO is pleased to announce that we have opened a sales office in Japan. DADCO Japan, Inc. will fully support the Japanese market for all customer business for DADCO, Inc. The new location will start taking orders on September 21, 2017. Customer’s previously purchasing DADCO products through
Dayton Progress Japan will now be able to purchase directly from
DADCO Japan.

DADCO’s new 90.10 DS Series is designed with a reduced rate of return, making it an ideal choice for die storage. These models are a direct replacement for traditional die storage components and do not need to be removed from the die before installation into the press. Offered in three sizes the 90.10DS.3000, 90.10DS.5000 and 90.10DS.7500 are directly interchangeable with ISO 3000-7500 models. Only a small portion of the 90.10 DS total stroke is engaged during each cycle. When compared to a standard gas spring used in die storage applications, the 90.10 DS returns at a moderated speed, ultimately resulting in lower operating temperature, reduced wear on the press components and long spring life. DADCO recommends using 90.10 DS cylinders in each corner of a die for equal balance distribution and separation. 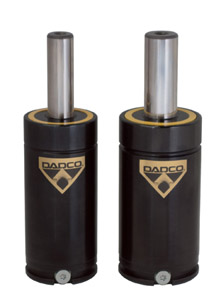 DADCO is pleased to introduce a new line of cushion series nitrogen gas springs. The FCL Series is a mini-sized gas spring with a cushioned return during the last 2-4 mm of stroke to reduce both return force and the increase in force during travel.

DADCO is pleased to announce that we have expanded operations to Brazil with a new division: DADCO FERRAMENTAS do BRASIL, located in São Paulo. The Brazil office will service local customers and provide additional worldwide coverage and support.

Navigation through the site is easy: Simply choose the picture or description to find the suitable product. Once the model and stroke length are selected, a product details page is displayed. Customers may view a 3-D model of the product or, with quick registration, get instant access to CAD models. Models are available in a full variety of formats including SAT, STEP, CATIA, IGES and DXF.

With these enhancements, the website maintains the same user-friendly organization customers expect from DADCO. Detailed product information is only a few clicks away anywhere on the site. In addition, a search feature is at the top of each page to assist customers. 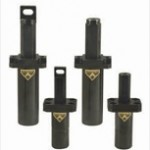 The SLN.180 flange model provides on-contact force up to 80 pounds and is available with stroke lengths from 63 mm to 200 mm. The lifter meets Ford die standards for stamping components.